OPINION: CBRM governance in the year ahead 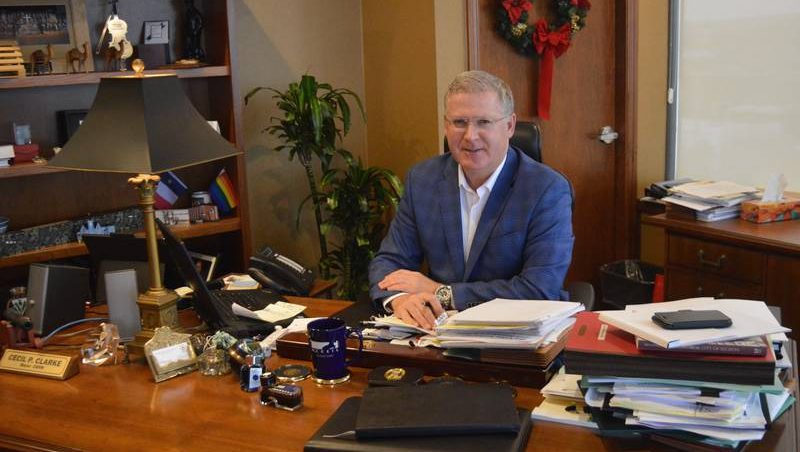 13 Feb OPINION: CBRM governance in the year ahead

Posted at 21:01h in News by NovaStream 0 Comments
Share

Mayor must choose between municipality and leadership race

With a council of 12, a staff of 800 and an annual budget of $147 million, the Cape Breton Regional Municipality (CBRM) is the second largest municipality in Nova Scotia. Consequently, while councillors are paid a stipend for part-time positions, the role of mayor is a full-time, full-year position.

As noted in a number of recent interviews, and as evidenced by increased travel across the province, CBRM Mayor Cecil Clarke is considering a run for the leadership of the provincial Progressive Conservative Party.

It is our sincere hope that in officially announcing his intentions to seek this alternate position, he does the right thing and resigns as mayor.

The PC AGM takes place from February 9-11. While the full details of the leadership race will be unveiled then, the race is expected to last nine to 12 months. That’s nearly a year, an extraordinary length of time to keep your focus on the careful and thorough leadership of a major municipality while also campaigning for the job you now want.

Strategically speaking, can one mount a strong province-wide campaign on evenings and weekends alone?

Under the Municipal Governance Act, should a mayor vacate his or her seat within two years of the next election, no by-election occurs and the deputy mayor takes over. Thus, if the PC convention happens, as is being predicted, in November 2018, and Mayor Clarke is successful in his bid, we would be left to the devices of the deputy mayor for two and a half years.

In contrast, if the mayor makes the ethical choice, resigning upon announcing his candidacy for the provincial position, a by-election would be triggered and we would get a say in who leads us for the remainder of Mayor Clarke’s term.

Perhaps the mayor will compare himself to the other contenders for the job, Tim Houston and John Lore, who may continue to serve as MLAs as they vie for the spot at the top. There are, however, some important differences here.

as MLAs already elected under the banner of the Progressive Conservative Party, Houston and Lore are not required to maintain clear and consistent non-partisanship in their day jobs. Mayor Clarke is. Second, in their full-time positions, their mandate is already the well being of the Province of Nova Scotia from the perspective of their party. Not so for Mayor Clarke.

Municipal politics in Nova Scotia are non-partisan. Mayors are charged with the task of separating personal partisan beliefs they may hold from their elected duties. For Mayor Clarke to pretend that he can actively serve as a full-time non-partisan mayor while also actively running for a partisan leadership position (and return to the former if unsuccessful in the latter) represents a lapse in judgement.

And what of his two political staff? In order to move these hirings outside of CBRM’s Human Resources Hiring Policies, the mayor noted in 2012 that these were not CBRM positions, but political positions (to be paid for by the CBRM). Will they also only be working on his provincial campaign on evenings and weekends?

We are a poor municipality; poorer, perhaps, than we’ve ever been if we take into account early commentary by CBRM staff on the 2018/2019 budget. Over the next nine to 12 months, we will pay the mayor and his two staff in excess of $200,000. It would be incredibly unethical were any of these resources to be applied to securing the mayor a new job. At the same time it would be unrealistic to pretend that they, as his political staff, won’t be intimately involved in his campaign.

Mayor Clarke has been careful to mention in recent interviews that, by his calculations, he has more than five months of vacation time owed to him. If this is so, we would ask that CBRM Human Resources provide documentation of this and that he outline when this time will be taken, and how he will manage the municipality while on vacation for five months. Such an outline is particularly important at a time when the Charter, the port and the second berth remain largely unresolved and largely on his desk.

In New Brunswick, sitting mayors must resign their seats should they wish to run for any other political position. Legally, of course, Mayor Clarke can declare that he intends to do both. But just because something is legal, doesn’t mean it is ethical.

We wish Mayor Clarke the best of luck in his aspirations for a new position. We just wish, as well, that he acts in accordance with the best interests of residents of the CBRM, the people he has already been elected to serve.