Posted at 17:05h in Immigration by NovaStream 0 Comments
Share

The P.E.I. economy recorded its biggest growth since 2004 last year, and the third highest growth amongst the provinces.

The economy grew 2.4 per cent in 2016, compared to a national rate of 1.3 per cent. In a news release, the Greater Charlottetown Area Chamber of Commerce described the economic growth as a team effort. 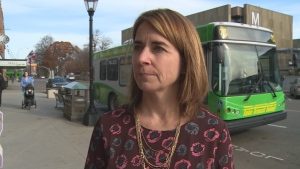 “This growth is a testament to the astute business leaders and entrepreneurs in the province, the positive effects of immigration, and the alignment of efforts by the business community and governments at all levels,” said president Pam Williams.

The provincial GDP, worth $4.8 billion in 2016, remains largely service based. About three quarters of the value of the economy is from service industries, a proportion that has fluctuated but remained largely unchanged over the last decade.

Agriculture and fisheries was one of the few significant sectors to see a decline, down 1.8 per cent.