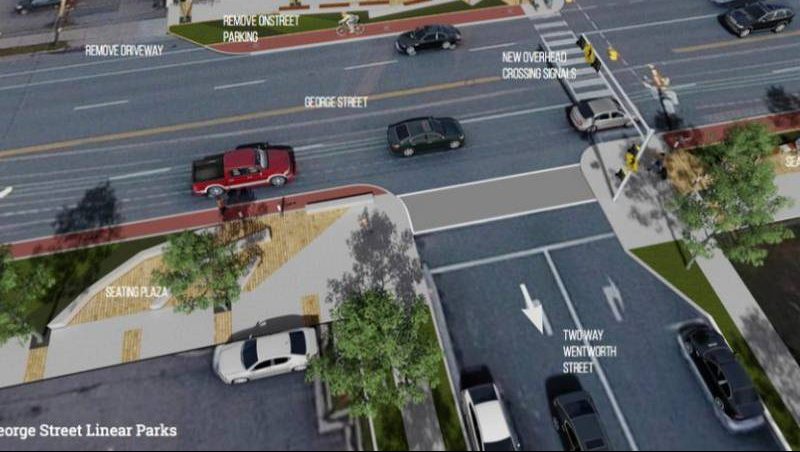 We are writing today as a group of women who come together regularly to discuss issues that we see as critical to the survival and transformation of the CBRM: small business development, relations between First Nations and settler communities, immigration, arts and culture, civic engagement, and bureaucratic and political accountability. 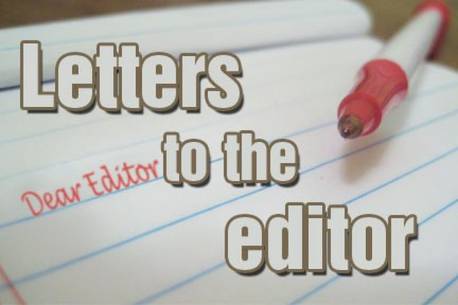 Letter to the Editor

The images and video presented of the downtown of the future were exciting, forward-looking and bold.

The plan is estimated to cost $7.5 million and would transform the area extending from the Esplanade on the waterfront up to George Street and bordered on the sides by Dorchester and Townsend streets. Charlotte Street would undergo a complete facelift, with power lines buried underground and a wider one-lane street to allow for wider sidewalks, a bike lane, outdoor dining and seating area and small parks to make it more inviting for people to live and shop.

A revitalized downtown heralds many benefits – benefits that are backed-up by years of research and the experiences of other urban areas. Downtowns need people in them; people of all ages, abilities, and income levels – a lot of them a lot of the time.

A number of years ago Lodi, California launched a $4.5 million pedestrian-oriented project, including a retrofit of five main street blocks. On the main street, sidewalks were widened, curbs bulbed and street trees, lighting and benches were added.

The city credits the improvements with the opening of 60 new businesses, the drop in the vacancy rate from 18 per cent to six per cent, and the 30 per cent increase in downtown sales tax revenues.

Similarly, an analysis by ERE Yarmouth and Real Estate Research Corporation found that real estate values over the next 25 years will rise fastest in “smart communities” that incorporate a mix of residential and commercial districts and a “pedestrian-friendly configuration.”

One study found that an eight to 15 km/h reduction in traffic speeds (a consideration taken into account in the development of the Ekistics plan) increased adjacent residential property values by roughly 20 per cent.

Downtowns often take up as little as one per cent of citywide land area, but attracted 10 or 20 times that in terms of contributing to a city’s assessment base and generating property tax revenues.

Here in the CBRM, the municipality, province and federal government have each invested a significant amount of capital in the development of a second cruise ship berth. A more accessible and welcoming downtown will be key in attracting additional passengers off ships and into our shops and restaurants. It isn’t difficult to imagine that a combination of the two, a revitalized downtown and growth in the cruise industry, could lead to the creation of new downtown businesses.

We have a bad habit here of being dissuaded from big change (the kind we are in need of on many levels) because of a few details. What a shame it would be to move, even a little, away from the bright, accessible, vibrant downtown presented by Ekistics – and the welcome change it represents – because of parking or unloading. If downtowns that are far more commercially dense than ours have come to grips with these details of doing business in a downtown, surely we can find our way; one that doesn’t involve throwing the baby out with the bath water. Change isn’t always easy, but that doesn’t mean it isn’t warranted.

The conclusions presented by Ekistics largely reflect the views shared with them throughout the development of the revitalization plan. It comes as no surprise that the response to calls for input was strong, confirming the community’s desire to see real changes made in the downtown and to be actively involved in the process. We would encourage municipal staff and council continue to understand the importance of drawing from the wisdom and experience of community residents who live, work and play in the downtown core, and offer further opportunities for engagement throughout the redevelopment process.

Changing the atmosphere of our downtown is in itself not the solution to all of our problems. We also need much more immigration than we’ve ever had in the past, we need to begin to genuinely learn from and follow the lead of our First Nations communities, and we need to support small businesses in a way that puts their needs and success ahead of the needs and success of business support organizations.

But this is a good start. A very, very good start. One that we can’t afford to lose to a few of the smaller details. And one that municipal staff and councillors should be commended for leading.